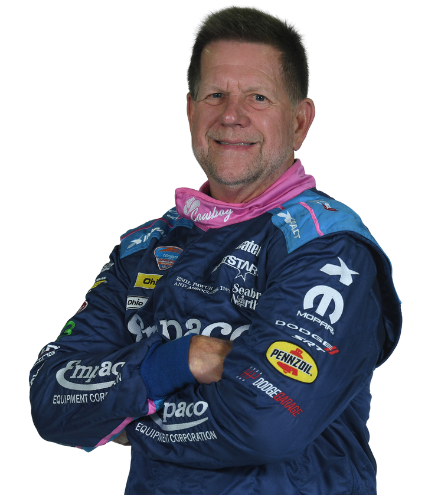 • Pawuk’s son, Kyle, is one of his father’s key crew members, and his daughter, Kassandra, DSR’s Social Media Manager, enjoys the unique opportunity of being able to cheer her dad on from the starting line while also capturing footage of his Drag Pak hurtling down the track

A family effort, Pawuk’s son, Kyle, serves as one of his father’s key crew members, and his daughter, Kassandra, a hospitality staff member at Don Schumacher Racing, never misses an opportunity to cheer her father on from the starting line.

While competing in Pro Stock, Pawuk roped in six victories before stepping out of the seat. Since his return to NHRA competition, the veteran racer has earned two No. 1 qualifiers (Indianapolis, 2019 and St. Louis, 2018) and three final round appearances (Norwalk and the U.S. Nationals at Indianapolis, 2018 and 2020).

In addition to his runner-up finish at the 2020 U.S. Nationals, Pawuk also recorded two consecutive semifinal finishes in 2020 at the back-to-back October Texas events. Pawuk’s strong and consistent performance allowed him to finish the year ranked third in a class that boasts 30 competitors.